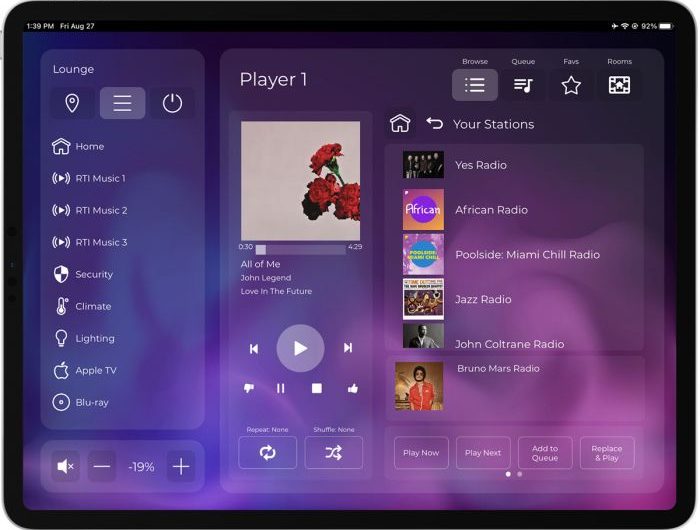 “Where RTI Music really shines is the user experience, which is fully integrated into the control system,” said Neal Ellsworth, RTI Director of Product Management. “Sources, zones, favorites, and playlists are all managed from a single interface, even when creating on-the-fly music queues from multiple services or local devices.”

RTI Music operates natively within the RTI control system, making it easy to access playlists and search favorite songs, artists, and albums on favorite services and then direct the music to the room(s) of choice. A music collection on a local NAS drive or computer can be accessed and fully integrated with support for lossless audio (FLAC and ALAC) formats. The three streams in the MS-3 can keep the whole family engaged, while the lossless audio capability and local drive access can satisfy the audiophile.

This device works with distributed audio systems and an RTI processor.

No comments to show.